Response to Racial Injustice - A Message from Pastor Subash Cherian 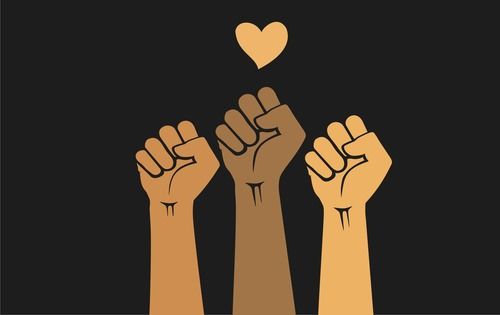 "I am not part of BLM but I stand up for Black lives (as I would gladly stand up for White lives or any other lives) for these reasons:

The ugly fact is that African Americans in the U.S. have faced hostility and bias from the police and the courts in spite of constitutional amendments and civil rights laws. If I had not lived in the urban USA, I would never have believed this, but I have seen it for myself.  Sadly, racism is encoded within the DNA of the American system.

I have seen police go out of the way to protect armed terrorists and yet kill Blacks for no apparent reason. The view that Black Americans are treated differently by law enforcement or the criminal justice system is confirmed by proven and substantial research from Harvard University and other public institutions in our nation. This is undeniable!

In large corporations, whether led by leftists or capitalists and across industries, African Americans face an uphill battle against prejudice and bias in every level of our society. Both the Democrats and Republicans have miserably failed them!

It is extremely hard for White Christians who have never lived in Black skin to fully understand their plight.  You and I cannot know unless we have walked in their shoes and felt their apprehension and fear for their children when it comes to the police. That shouldn't be. Both police procedures and criminal justice need to be reformed.

Civilians also have overreacted based on racist misconceptions.  Take the simple
example of Mr. Christian Cooper.   When he graciously asked the lady to leash her
dog, she called the police. Thank God, today we live in the world of social
media and cameras on cell phones. Otherwise, Mr. Cooper might have been hauled to prison.   Such an escalation of a very innocent situation would probably never have happened if he were not Black.

I would stand up for "White lives" if I lived in a place where they also faced such hostilities. I would stand up and say, "White lives matter" while others would say, "All lives matter."  But the fact is I live in a nation where the system is stacked against Black Lives. The Civil Rights movement did not start with BLM but existed for hundreds of years within Black churches.  Today, people of all persuasions and colors including Whites are standing up for Black
lives and saying, “Black lives matter.”

I also advocate for "Christian lives" and it does not mean that other lives do not matter   All lives matter, but the fact is that almost everywhere outside the West, Christians face persecution, hostility, and death!  Even now as I pen these words, Christian lives are being blotted out in Nigeria, the Middle East, and North Korea. Yes, all lives matter but I say, "Christian Lives Matter".

And so, without being part of BLM, I emphatically say, "Black Lives Matter!"  As a Christian, I need to speak up for my fellow Black Christians as I would willingly do for my fellow Christians of all ethnicities. For more on this subject, please take a listen to the Wednesday, June 24, 2020 broadcast titled, “Unity in Christ.”

Here there is no Gentile or Jew, circumcised or uncircumcised, barbarian, Scythian, slave or free, but Christ is all and is in all.  Colossians 3:11 (NIV)

Yours in Christ,
Pastor Subash Cherian"